And turn your landscape into a haven for birds, bees, and other wildlife

By filling your garden with New England native plants, you bring the region’s distinctive beauty into your home landscape. You also add a link to the chain of life that connects your backyard to the wilder habitats beyond: native plants provide food and shelter for the birds and animals around you. They also use less water, clean the air, and help to manage the flow of water.

Most of the plants we sell are grown from seed that we harvest sustainably from wild populations throughout the region, which ensures genetic diversity. That’s important, especially because most commercial nurseries sell clones—genetically identical specimens—of plants originally from somewhere else, which means they're not adapted to our region's conditions.

Every clone you plant contributes to an impoverished, increasingly generic landscape that fails to support local wildlife, lacks resistance to diseases and pests, and is more likely to require pesticides. And a garden of clones is apt to look as lackluster as it sounds. Here you will learn more about the stunning native plants that will thrive in your garden. Then browse our classes, webinars, and books to build on the basics.

Our Need for Seed virtual symposium spanned horticulture and conservation topics. We offer this free live recording for those who were unable to attend or would like to revisit the talks.

We hosted this two-day symposium to help launch our vision of establishing a network of seed users and producers in the New England region, across federal, state, and non-governmental organizations. Native Plant Trust plans to serve as a New England seed hub by coordinating a regional native seed network focused on the management of the region’s seed resources. Symposium presenters covered topics that touched on all aspects of this hub, from seed collection to seed storage and the use of seed in restoration or nurseries. A grant from the USDA Forest Service enabled free attendance for all participants.

The simple answer is that these were the plants likely to have been growing here before Europeans arrived. 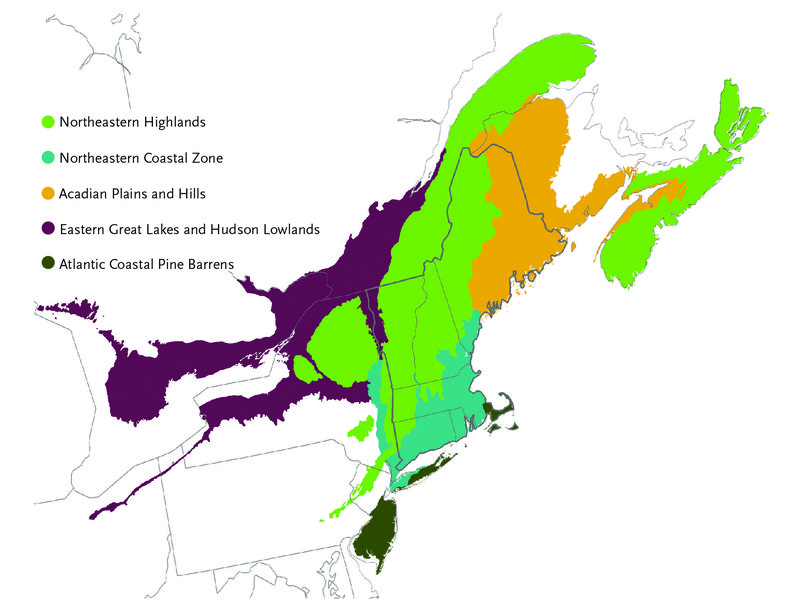 For horticultural purposes, we define "native plants" as those that naturally occur in the ecoregion containing New England. Ecoregions are large areas that share similar climates, geology, landforms, and hydrology, giving rise to communities of plants that have adapted to these conditions over millennia.

Though designating a time marker for "native" is complicated, most botanists agree that the arrival of the first European settlers makes sense, in part because that makes it easier to determine which plants migrated on their own and which were introduced from outside the region.

Species migrate constantly; in fact, every plant species in New England has migrated northward since the last ice age. When plants migrate into an area on their own, they do so slowly, typically by natural movement of seed by wind, animals, and water. Natural migration is obstructed by geographic barriers, like oceans and mountain ranges. When people move plants, they can do so rapidly and across great distances, introducing species that may become either naturalized (that is, benignly established in the wild) or invasive.

Your Garden Benefits from Membership

As a Native Plant Trust member, you save on classes, plants, and other purchases!

Learn how to create a stunning home landscape with native plants.

Invasive Species—Know Them, Don't Grow Them!

Use our guide to common invasive species and horticultural alternatives.

“Shall I not have intelligence with the earth? Am I not partly leaves and vegetable mould myself?”